I started this page during the 2016 campaign and later posted it on January 20 the very day Trump was sworn into office because of his actions during his campaign as well as the fake religious narative being pushed inthe media. And now that we see Trump has a mostly Roman Catholic cabinet that he placed in power directly after he gained office. This  proves he is going to help Rome do as prophecy predicted long ago! This page was on the server for months before going public but when Trump's "Army of God" was being shouted from the DC rooftops, that tipped the scale and I went public!

Yes, the word "worship" can also be translated as "obey" the one they follow. But if you notice, and if you have done your Bible study; especially when it comes to prophetic symbols, the word worship used here in context always speaks of a religious system of power on earth at the time of the end. This means that religious power will demand religious laws, and below is a growing list of articles confirming the foundation has already been set as many other pages on this website illustrated for years. And now they have the means to literally "speak and cause" (speak = lobby and or legislate law. "cause" = enforce laws) the people to do as they command just as our Lord prophesied they would. And that command will be SUNDAY LAWS!

BUT, before they can push for such things, as I have been saying for well over 20 years, it appears they plan to use the Vatican inspired Sharia law to not only use fear tactics against weak Christians but to have the necessary troops (Muslims) to man the 30,000+ guillotines already on US soil! (See this compilation of videos on Sharia law) 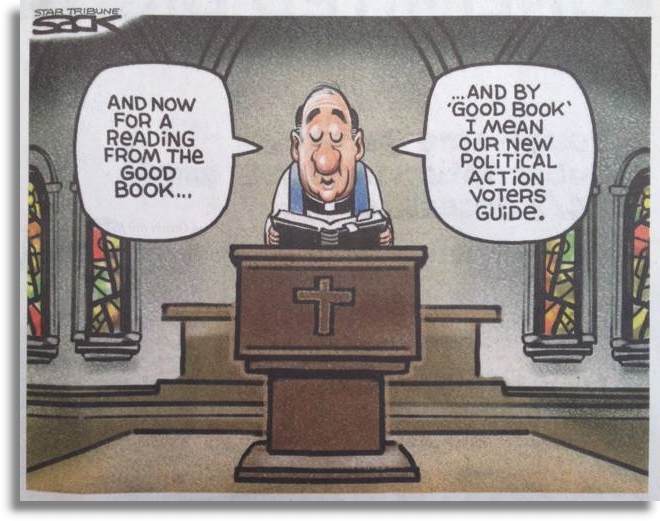 The Reality of Politics Today Are: