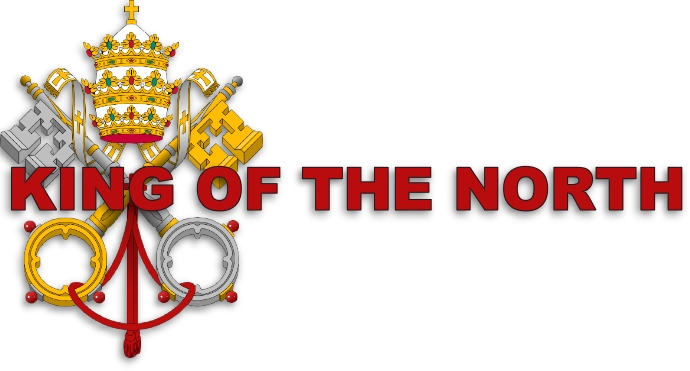 Before reading, please understand that a false prophetic doctrine has been surfacing lately that was brought before the church over 100 years ago that was later rebuked and put down by church leaders. As expected with any well twisted falsehood that finds some to listen, it will always resurface once the timing is right and the souls lured to promote it are sufficiently distracted from the truth so as to embrace the lie. Be it pride, self glorification, and simple denial of truth, it will resurface and so it has as some have seen of late.

The reason for this page is to let those it has been shared with the option to see all the facts and not just the ones promoted by those proclaiming this false prophecy. When it was first brought forth by some that the "King of the North" (KON) was somehow shifted from Rome unto Turkey, James White, a trusted leader in the church knew the KON was indeed Rome, and Uriah Smith, another trusted leader in the church at the time was claiming on a pulpit before the people that the KON was Turkey for some odd reason. He (James) then openly rebuked Uriah before the people to try and prevent confusion being cultivated in the church, and contrary to some that claim otherwise, that act of rebuke is what upset Ellen White enough to make the statement shared below. You will notice that she didnĺt disagree with James at all on the KON as some assume and hope to build on by avoiding some basic facts that confirm otherwise. She did however disagree with how he (James) rebuked Smith before the people. It clearly says this in SOPů

Her point here is that, even though Uriah Smithĺs views differed from Jamesĺ view, he (Uriah) should not have been put on the spot publicly before the people. That can cause division and even a schism once confusion is allowed to be displayed among the leaders. James should have rebuked him privately so as to give Uriah the proper opportunity to recant publicly or even privately with those in danger of confusion.

It can also be seen that James White was in total agreement with the prophet Daniel and the inspired Word of God after seeing what he (James) posted not too long after rebuking Uriah Smith, and then later the statement made by Ellen White was made known to all. The statement on the KON made by James White after the rebuke that further confirms his stance can be found in an editorial from November 29, 1877 in the Review and Herald. It says the following:

The above is echoed in The Prophetic Faith of Our Fathers, vol. 4, Page 1067

Notice that after James White made this biblical statement regarding the KON that you will not find any statement made by Ellen White correcting or even rebuking him on this prophetic and historic fact once published for all to read at their leisure. This not only confirms the KON is preached and taught to be Rome by James and Ellen White, it also confirms Ellen White never rebuked James White for declaring this truth as a rebuke against Uriah Smith that day as some twist out of context to this day. Her rebuke to her husband was clearly and solely based on the method by which James rebuked Uriah.

A very small sect that have fallen of the path of obedience recently began to preach the KON was Turkey behind closed doors. When I discovered this I did all I could to help them see the truth. (they were dear friends of mine at the time) Sadly, they refused the truth as it is written in the Word. It soon after became obvious to me that they planned to go public with it and so I prayed asking the Lord what should be done next if anything. The Lord then moved me to do a study on Daniel 11 and post it online so as to make the truth public in this regard. (you can see that study here)

The amazing thing here is, when I finally got to verse 45 in that study that is dealing directly with the KON in the latter days, certain events started to happen in todayĺs world politically that boldly confirmed the KON was in fact Rome just as the prophet Daniel predicted long ago. I posted my findings in the Word and any and all historic referencing I could find as well as a growing list of these political events in modern times here.

Sadly, those in disobedience were unable to see the light of truth as per a specific warning in God's Word as to the proper method of receiving utterance, and soon after attacking this ministry for a few months, they went public with their strange theology as expected. Special notice must also be made that while doing so, the above quotes from the Review and Herald as well as other sources were suspiciously left out so as to shore up the falsehood that Turkey is the KON. Why do some twist the prophecy to make Turkey appear to be the KON? Two reasons.

Now I don't believe the small sect is doing all this purposely. Satan has a way of making people feel they have every right to leave out certain facts to shore up strange doctrines. Disobedience plays a huge role in this and this I believe is the main reason they preach the KON is Turkey. When in disobedience to the Lord, one cannot have the God given lack prophetic understanding or even the ability to math it with historic referencing. Confusion always occurs after disobedience reigns in the heart in some way and the prophetic utterance promised is then removed as judgment falls upon them. This is why I posted 'this study' on my site some years ago showing how God's people can come to a place wherein prophecy can be understood. The key here is 'obedience.'

One thing I also noticed is, after digging this up for some time now that the conversations I had years ago regarding this topic with those seeking to preach this strange prophecy was that they were far better at referencing Ellen White's writings than I was as I only recently discovered her writings. I had been used to using Scripture manual research on and offline which always brought me to the same conclusion, only slower. Ellen White, as trusted as she is today, makes it far easier to study such things up. But again, I never knew of her writings, but they did. The fact they never mentioned these statements made in the Review and Herald or other sources regarding comments made by James White after rebuking Uriah Smith proving they were being dishonest in their message confirms a deceptive spirit was among them from day one of this spurious agenda. I now see why the Lord had me do the study so as to protect the flock.

Being a student of prophecy, I know the Jesuits read Spirit of Prophecy wrtings of Ellen White so as to try and find ways to hide their prophesied acts and so they will use any means necessary to hide their agenda by using deception. When they discovered this disagreement between Uriah Smith and James White they had to know they could use it to fan the flames of confusion near the end when their powers grow globally so as to create multiple schisms among those they fear which will allow them to divide and conquer us if successful. And since Satan controls them and knows in advance of certain needs for such confusion, sometimes hundreds of years before the Jesuits do, the devil moved the Popes of Rome to write the Koran so as to make it appear the Turkey reference would be a viable means of schism later near the end. And yes, I have proof the Popes of Rome wrote the Koran here.

Just as the Vatican used Hitler during WWII to do their bloodthirsty bidding, they are doing the exact same thing today using the Muslims. This is what confuses some disobedient Christians without prophetic understanding to declare the KON is Turkey today because many Muslims are in fact from that region doing the bidding of Rome. They are merely bowing to the Vatican they actually salute (on camera) instead of the truth as it was proclaimed by God. Pray for them.